A MAGICAL TOUCH FOR ALL SPORTS PERSONS 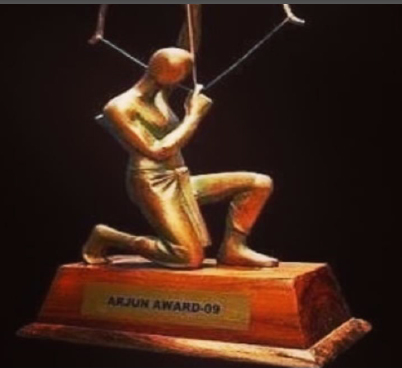 IT HAS NEVER HAPPENED BEFORE
BUT, CAN HAPPEN ANYTIME AGAIN

“I had cumulative injuries, due to years of my sport of weight-lifting, causing Chronic PAIN in my Knees, Wrists, Elbows, Shoulders and the Spine. I had retired from my sport and had qualified to be a Coach from National Institute of Sports. As the best of physiotherapy and treatment by Sports Medicine specialists didn’t help me much, I was guided to Dr. R. K. Tuli. With drug-free Holistic Medicine therapy at his clinic “SOHAM”, I fully recovered from all my aches and pains, and I started feeling so much Healthy and Happy that I sought Dr. Tuli’s permission to resume active training. To my sheer delight I found that I was doing much better than ever before! I went
on to add many more medals to my tally at the Asian, Commonwealth and World Championships. All these achievements got me the prestigious ARJUNA AWARD from the Rashtrapati, and I had my fortune smiling to get the job of an Assistant Commandant in Central Industrial Security Force (CISF). I further took to the sport of Target Shooting and won national and international laurels in that too. After more than two and a half decades, I still feel Healthy & Young and serve as ‘Khelo India’ member. I wish all sports persons take Dr. Tuli’s help and bring glory to the nation with his unique therapy.”
“I also know the story of another Commonwealth Games bound Weightlifter Sivaramakrishnan who was carrying an incurable Elbow Injury with him and would have returned ‘retired hurt’. I escorted him to Dr. Tuli, and with his magical therapy over three days, just before departure of the team, enabled him full recovery and return with Three Silver Medals for India.”

Dr. (Prof). R. K. Tuli has been Medical Adviser to the Air Force Control Board, and Indian Hockey Federation in the past. He is on Executive of Indian Federation of Sports Medicine. He has contributed a Chapter on the ‘Role of Acupuncture’ in Sports in the Textbook of Sports Medicine.
He himself has been an International Mountaineer, and is credited to be the First Indian ever to scale the 23,700 feet Mount Menthosa in the Lahaul Spiti region in year 1973. Upon successful conquer of a 19,700 feet high Virgin Peak as Doctor-cum-Liaison Officer of the Nippon Alpine Club, Tokyo, the Japanese chose to name the peak Mt. Poonam, after the name of his then fiancée and now wife, for his immense contribution to success of the expedition.
He has been the Team Doctor to visiting Pakistan and West Indies Cricket teams in the past, and taken care of Indian teams visiting abroad on different occasions.
The beneficiaries of his therapy comprise well known cricketers including Murali Karthik, Rahul Sanghvi, Nikhil Chopra, versatile Manoj Prabhakar and all-time great from West Indies named Rohan Kanhai; Arjuna Awardee Golfer Rishi Narain and his wife Charu; Jugraj Singh, former Captain of Junior World Cup Hockey Championship and assistant coach of national hockey team; Arjuna Awardee and former captain of Indian Hockey Dilip Terkey, and many other famous national and international sports persons.
Dr. (Prof) R. K. Tuli is a1964 batch alumnus of the prestigious Armed Forces Medical College with post-graduate training in Sports, Aerospace & Internal Medicine. He is, also, an Arhatic Pranic Healer, Reiki Grand Master, Counselor-Hypnotherapist, as well as an expert in Therapeutic Yoga. With nearly five decades of experience he is globally recognised for pioneering the all-inclusive concept of Holistic Medicine:Holistic Medicine = Modern Medicine + Complementary Alternate Medicine (CAM): Conservative Medicine + Therapeutic Yoga + Panchakarma + Acupuncture – Laser Therapy + Hypnotherapy + Nutrition
Holistic Medicine* with an optimum synergy of all the officially recognised systems of health, helps to improve the performance of each sports person, prevents as well as enables quick recovery from any injury or sickness, avoid de-conditioning, maintain peak performance for extended years, and finally their efficient rehabilitation to remain role models for aspiring generation of girls and boys aiming to excel in sports to bring glory for the nation.